Hey Guys… Claire & Eimear here. We are delighted to be saying hello and welcome to SpeakUp SingOut, a centre of excellence in musical education and creativity, based in Kilcock, Co. Kildare.

Our ethos is one of acceptance, awareness, personal development and inclusivity.  We believe that anyone can do anything – it is never too late to open yourself up to creativity, to experience the joy of trying a new thing, learning a new skill, and making new friends and connections.  We run programs for ages newborn to ninety plus – there is something here for everyone. 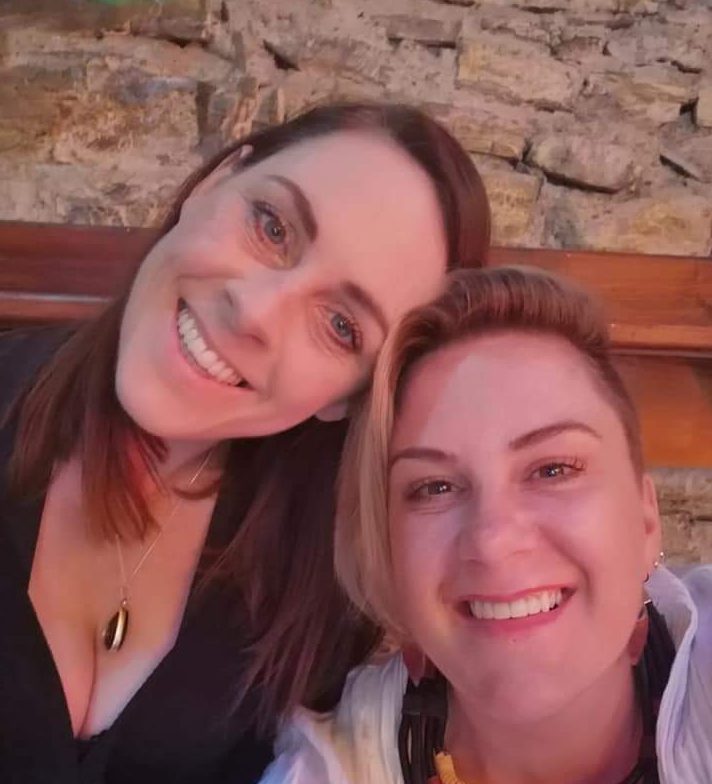 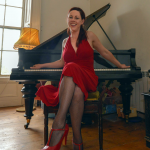 Claire is a community music teacher, piano teacher, composer, performer and musical director.  Claire arranges all the music for our choirs, creating bespoke arrangements for each group she works work.  In addition to facilitating tailor-made programs for groups, Claire is a Naked Voice practitioner, training as a sound healer under Githa Ben-David, and facilitates community singing, chanting and meditation through sound, and is the creator of the Music Medicine series of courses.

She is the resident musical director for GFD Promotions, working on international touring shows The World of Musicals, Celtic Nights and The International Magic Tenors.

She released an EP and Album to date, and her current album is due for release in 2021.

To hear some of her music, head on over to Spotify here. 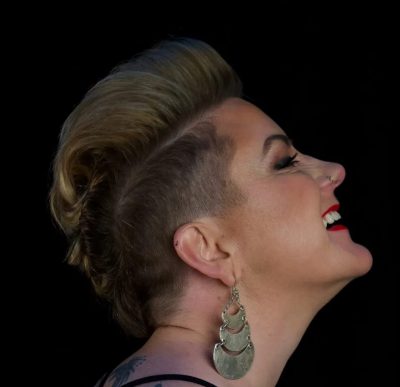 Eimear is a life & creativity coach, a songwriter and performer, and a community & youth worker, with extensive experience in music facilitation and choral directorship.  In addition to working with the schools’ eight choirs, Eimear teaches singing in the school and specialises in working with stage fright, anxiety and people who think they can’t sing.  She is also the creator of the course Singer Not Beginner and Singers Level Up, Creativity Coaching Courses that bring the singer to the next level – no matter what level it is they are starting at.  Eimear also loves nothing more than a good community project and can often be found designing a new program to run or course to facilitate!

Eimear’s commitment and unshaken belief in the innate ability of every person to sing is an empowering thing to behold.

Eimear studied in Maynooth University, graduating with a BA in Music and Irish, and a HDip and MA in Youth and Community Work. In 2015 she graduated from Marino College with a HDip in Executive and Life Coaching

She continues her professional development continuously, with coaching studies in the Neuroscience of Change, and the Art of Development Coaching. Further vocal coaching training include Level 2 Teacher Training with Modern Vocal Technique. MVT are on of Ireland’s leading teacher training organisations, and their methodologies teach the highest level of competency for vocal coaches.

Having fronted the award winning Irish band, FXY, (formerly Fox. E & the Good Hands), Eimear launched her first solo album, Scars, in 2018, and her second solo album, Quiver, in March 2022. With almost 100,000 streams on Spotify, her music is popular because of its authenticity and ability to connect. She is a regular on the touring circuit, supporting artists such as Mary Coughlan and Jack L. For a taster, you can experience the joy of Scars, the title track of her 2018 album. For more information check out www.eimearcrehan.com 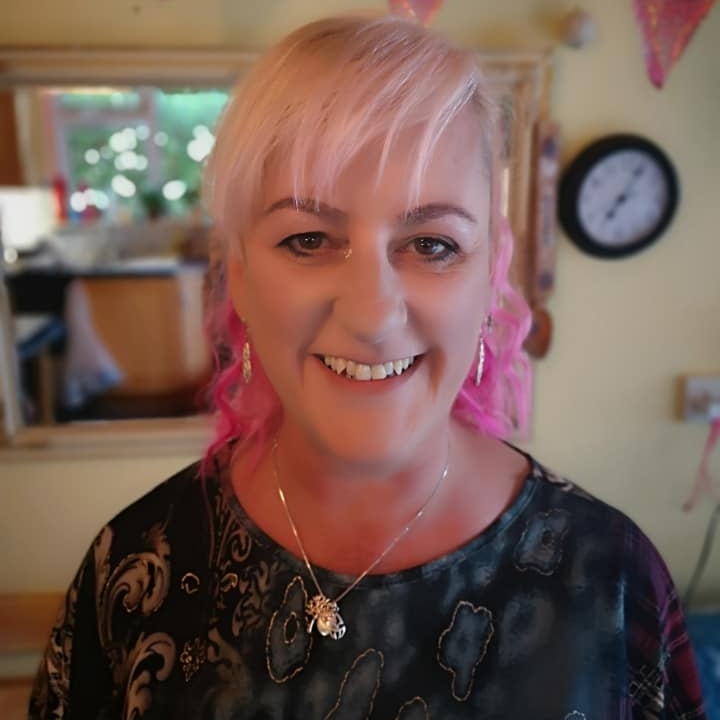 Karen is our behind the scenes, helping to make everything run smoothly, superstar. She does our accounts, our event management, our admin, paints the interior when needed, and even drops us down dinner on a daily basis to make sure we are nourished and ready for each day – in effect she is the SuSo Mammy.
More about Karen!

She also sings in 3 of our choirs, understanding the business from every aspect, from the inside out and the outside in.  She has completed the Singer Not Beginner Levels 1 & 2, and the Music Medicine course, showing a real commitment to her own musical journey.  Her kindness is unbounded, and she really encourages everyone to be brave and joyful.

Triona grew up in rural West Kerry, in a small village called Ballyferriter, just 8 miles west of Dingle. Growing up there meant being immersed in music from a young age. She began to play the fiddle at 7 years of age and was playing at music sessions with well-established musicians from the age of 14.

She has enjoyed working with a wide range of students from total beginner to established artists and really enjoys watching the progression of each one of her students.  Triona is delighted to be part of the team here at SUSO and is looking forward to working with you.

Triona also discovered her passion for singing and all things vocal at a young age, and that passion grew and developed as the years went by. She had her voice trained by Eimear Crehan and found her interest in how the voice worked grew even further. In 2015 she joined SUSO Gospel choir and has been an active member since, singing lead at many concerts and sharing the stage with artists such as Mary Coughlan and The Riptide Movement. Through the Gospel Choir her love for harmonies was grown and nourished and in 2016 she co-founded Vocal Harmony Group Firefly, with whom she performed at many gigs, festivals and charity events. It was around this time that Triona decided to pursue a career in Vocal Coaching, and was delighted to be offered a place with Modern Vocal Training College in May 2020. Triona successfully graduated from MVT in January 2021 and aspires to continue her training with them to further her knowledge and expertise in the future. 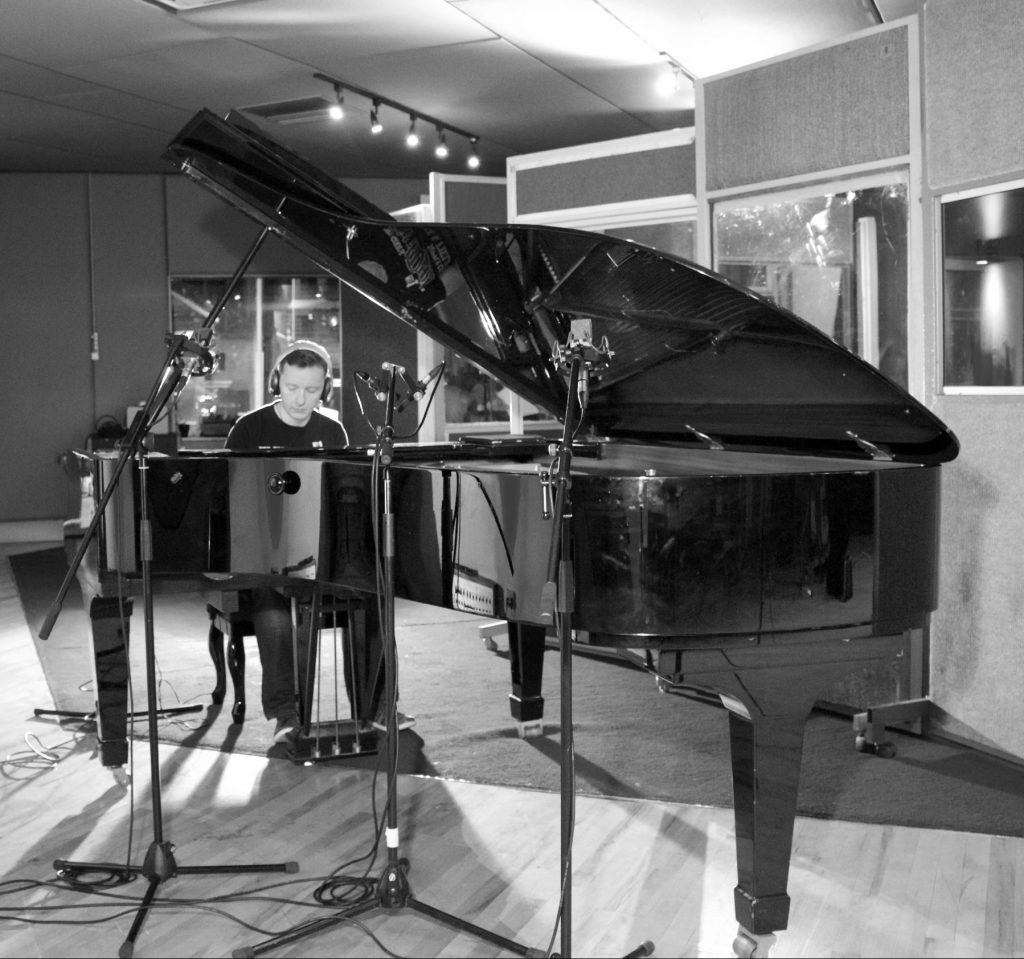 Ray has been playing music all his life, from the family gigs of his teen years, through to Carnegie Hall and the Sydney Opera House.  He is a pianist, musical director composer, arranger, and studio engineer.

We are delighted to have someone of Ray’s calibre work with us here in SuSo.  His experience in performance, musical direction, teaching, facilitation and in studio engineering and recording brings a real magic to his work with our students.

Ray is an arranger, composer and accomplished pianist, working as a professional musician since 1992.  He has toured worldwide, performing in venues such as the Royal Albert Hall, Carnegie and Sydney Opera House.

He has worked as a musical director in shows for RTE, BBC, PBS America and SKY, and as a session musician has performed or recorded with innumerable artists from Francis Black, Daniel O’Donnel, Cliff Richard, Brian Kennedy, Derek Ryan, Nathan Carter, the RTE Concert Orchestra, Rick Astley & Mary Coughlan, to name only a few.

He owns and operates RMC Recording Studios in Mullingar, a large rural recording facility boasting a long list of profile artists and clients, as well as local talent.  We are delighted to welcome him to the SuSo Team. 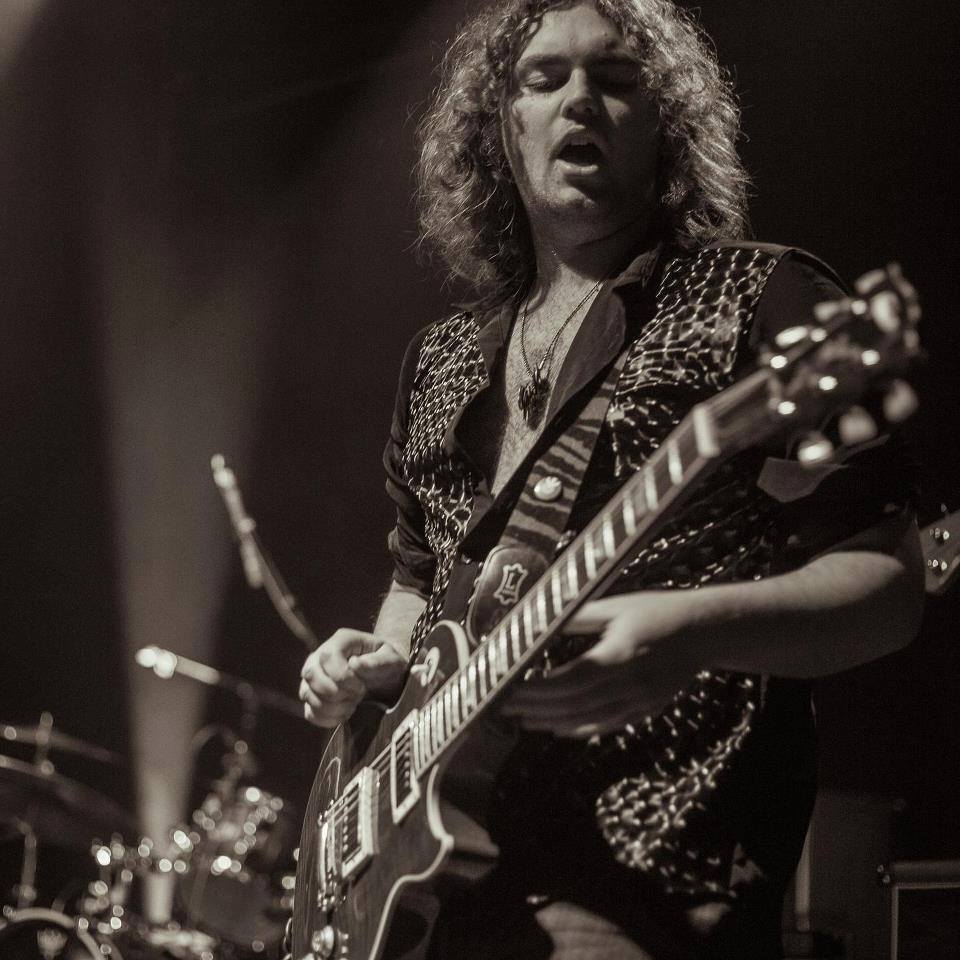 Dave is both an experienced guitar teacher and performer. He has been teaching guitar for many years and recently completed a BA Honours Degree in Commercial and Modern Music from BIMM Institute in Dublin. Dave teaches for all abilities from beginner to advanced, and adapts his teaching style to suit the needs of his students.
More about Dave!
Dave was the lead guitarist with the award winning Irish band, ‘Fox.E and the Good Hands’ who have played at all the major music festivals of Ireland, and is the lead guitarist in one of Ireland’s leading David Bowie tribute bands, Moonage Daydream. 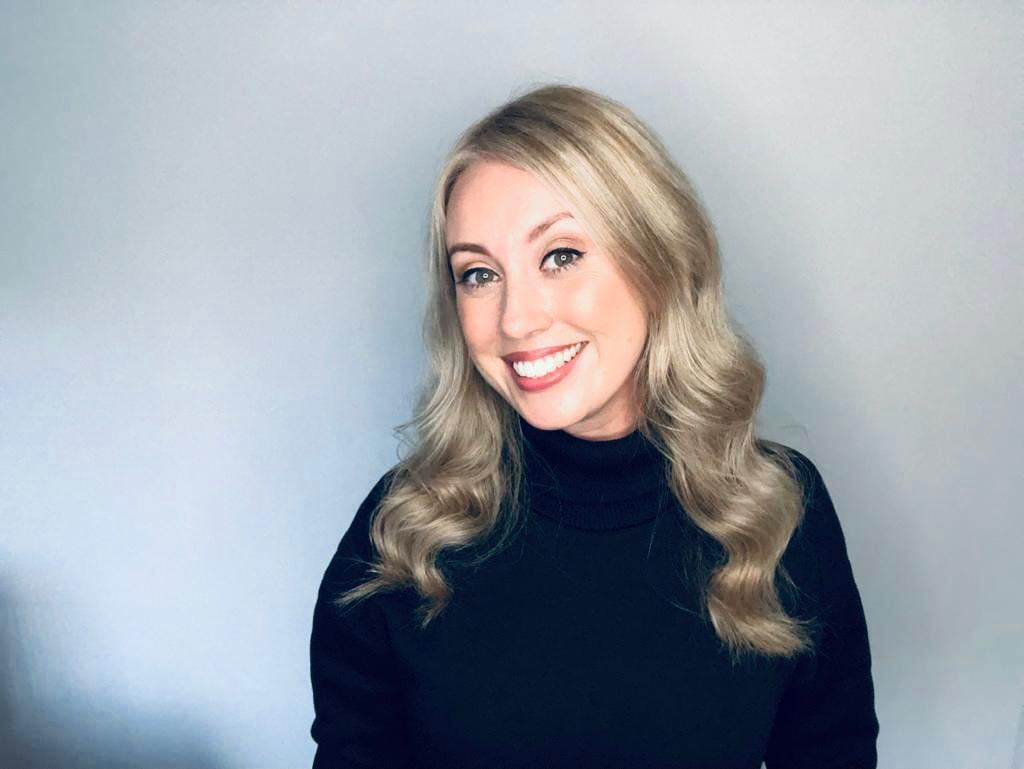 Leona has been a choir member of SUSO Gospel choir since 2015, as both ensemble and an experienced soloist she has shared the stage with many artists such as Mary Coughlan, Kila ,Niall McGuigan and The Riptide Movement.  She has had many recording opportunities and has performed at some amazing venues such as The Olympia Theatre, Stormont , The National Concert Hall ,festivals , T.V’s The Ray Darcy Show and numerous community projects. Other projects have included backing vocals for the ElvisTribute Show in the NCH, guest soloist for the band Route 66 and she has been a member of a female vocal harmony group Firefly.

Her love of vocals, harmonising and the emotional connection with singing led her to start her own songwriting and performed her first original track ‘Rise Up’, with SUSO Gospel Choir in 2019. She has been releasing her own original music over the past few years and continues to work on her first original EP. Leona has been developing her professional career in vocal coaching and has recently completed her Level 1 teacher training with Modern Vocal Training. She is really looking forward to working with students of all ages and all stages! 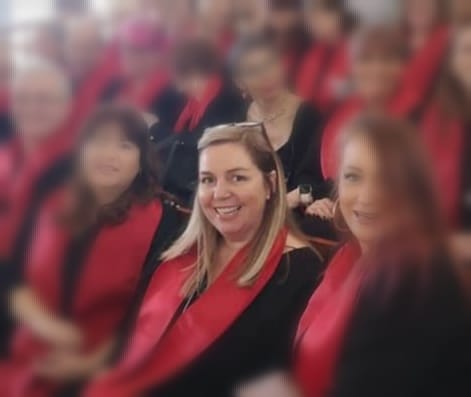 Niamh is a Meath based singer, pianist and teacher, who specialises in teaching beginners.

She has been a part of the SuSo community since we opened our doors in 2015, alongside her husband and children, offering a unique ‘insider’ experience to our way of working.

Niamh began her piano studies as an adult, and her passion for music and learning stands testament to the adage that “it’s never to late to learn”!!!!

She has been teaching from her home for the past few years, and is fascinated by the Kodaly approach to music learning, encouraging active musicianship as an integral part of learning the piano.

We are delighted to have her as part of our team, her passion for continuous professional development an inspiration to us all. 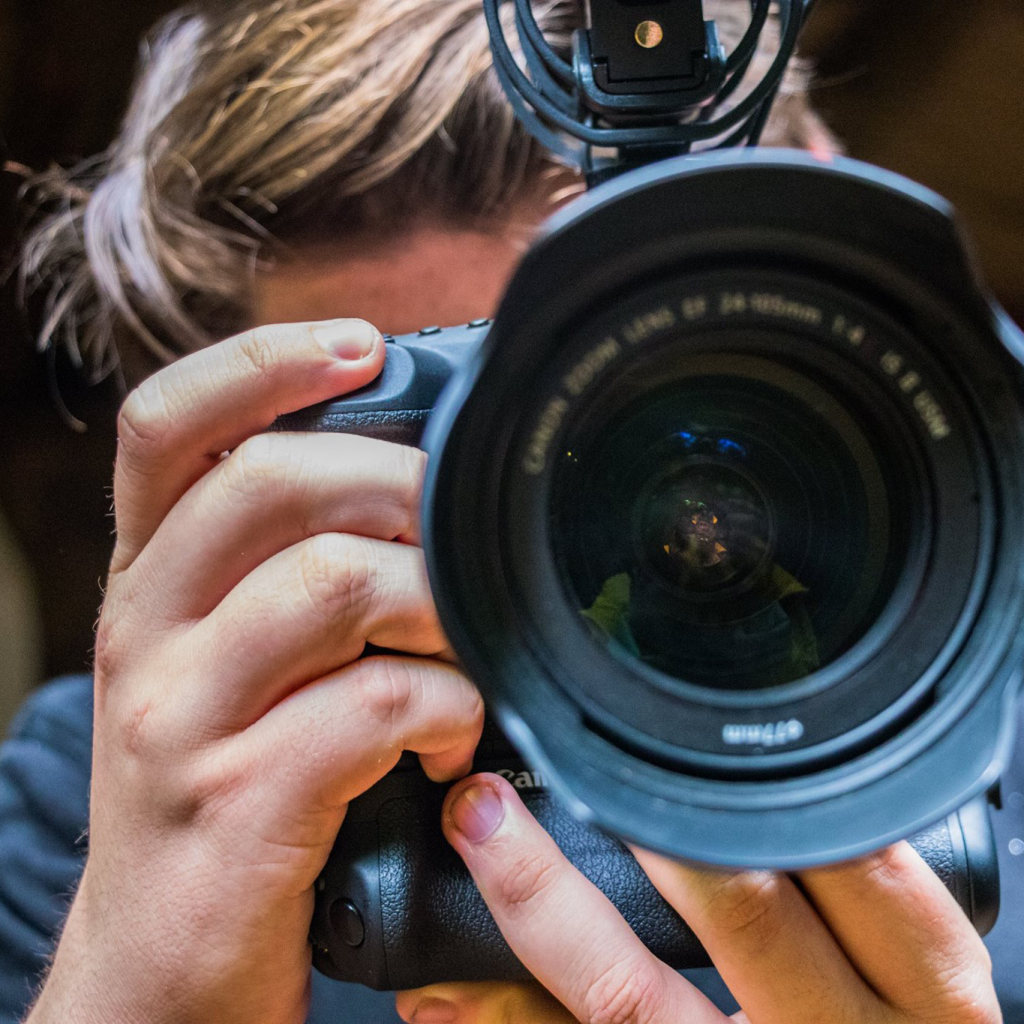 Jamie is our in-house videographer and photographer for events.  He was one of the founding members of the Youth Choir, Gospel Choir and Kilcock Youth Theatre, and his great passion is writing, photography and film making.  He creates short films and has studied in the Television and Digital Film program in Ballyfermot College. 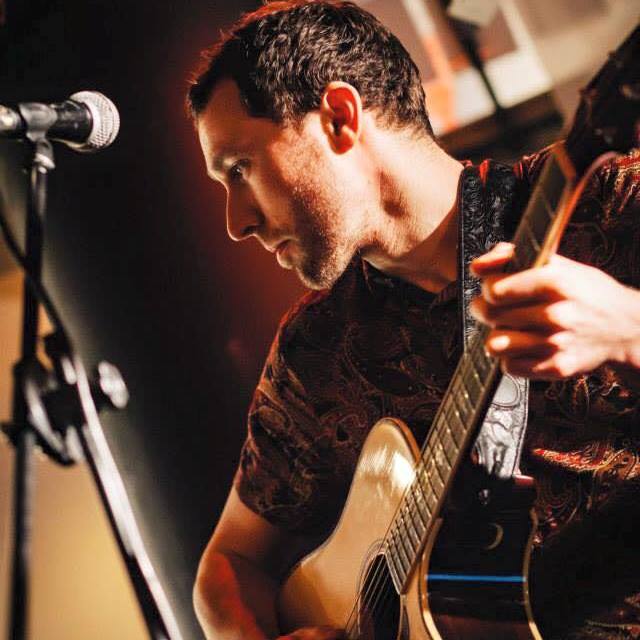 Aimee has always had a love of music, from her early days in Cór na nÓg to her studies in BIMM, graduating with a BA Honours in Commercial Music, specialising in vocals.

Her performance career spans many of the major venues and festivals in Ireland, including Electric Picnic, Indiependence and IMRO Cork Music.

She continues to create new music, with a band relaunch a-foot.

We are delighted to welcome her to the team as a piano teacher and vocal coach. 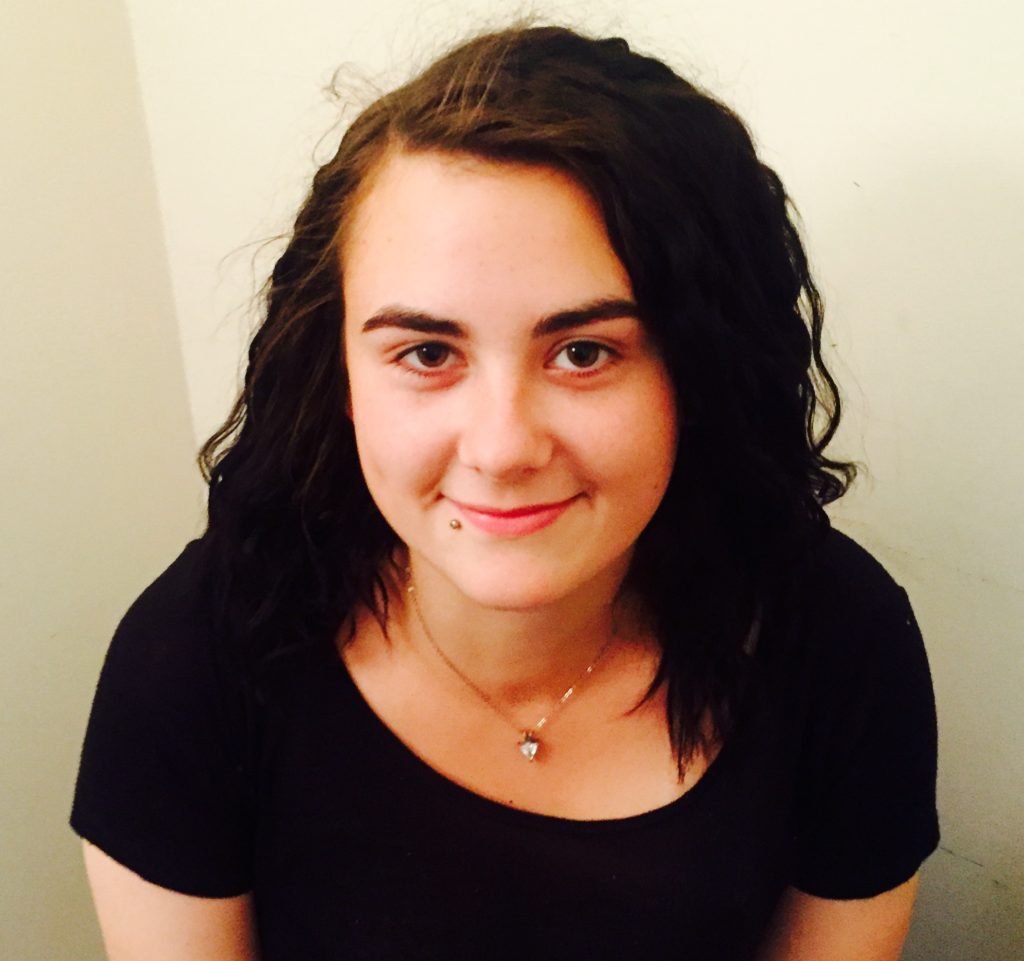 Cayleigh works on all of our camp programs.  Cayleigh has been working with children from a young age and works as an SNA in the local Gaelscoil, Scoil Uí Riada.  She has an incredible way with children, who love her and respond to her gentle ways.  She is also known as ‘Mary the Magical Tree’ to our Earlies! 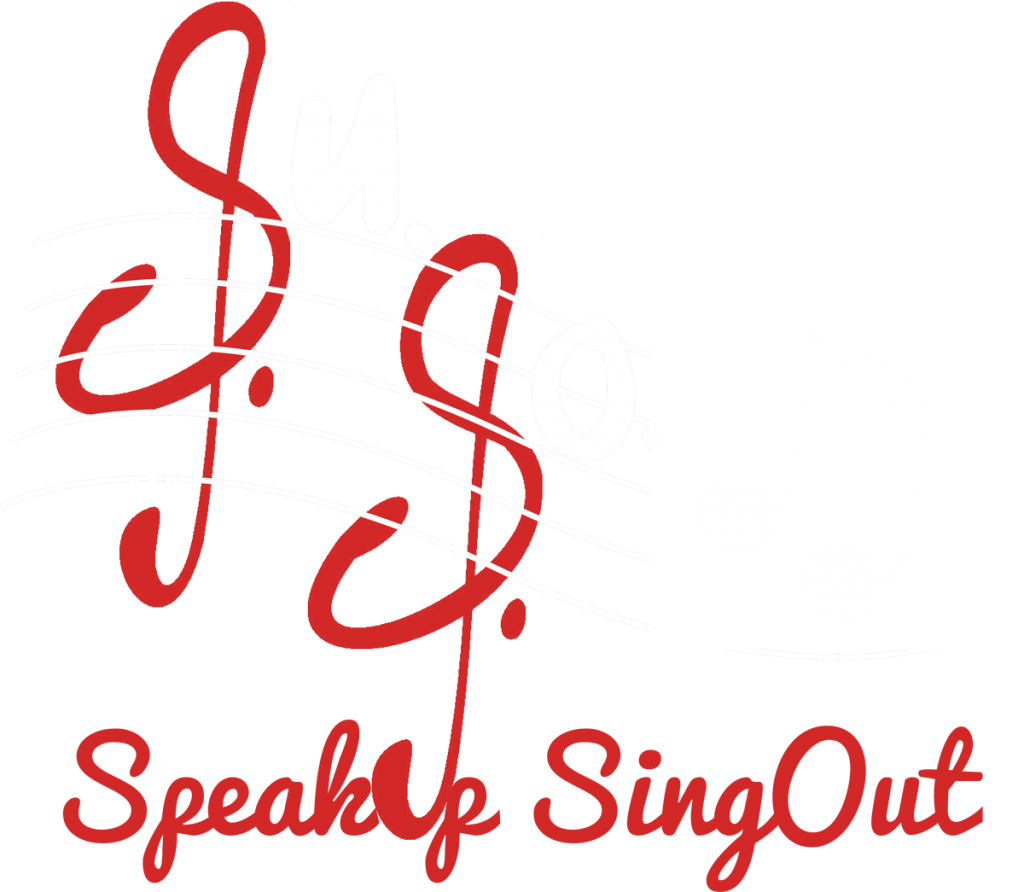